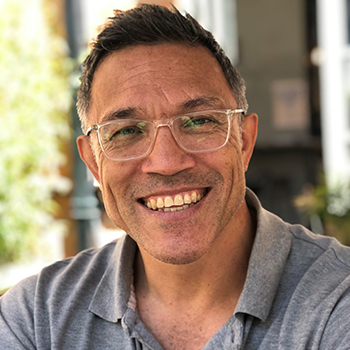 Tony Underwood was one of the stars of the popular England rugby side of the 1990s. A grand slam, world cup semi-finalist and two-time tourist with the Lions, he experienced life at the top of the rugby tree both as an amateur and professional. Winning a Varsity Match whilst at Cambridge to a premiership winning title for the Newcastle Falcons.

The minor ‘bump’ in the road came in the shape of the infamous Jonah Lomu which forms the basis of an engaging and inspirational tale of bouncing back from life’s obstacles.

Crippling knee injuries and slower speeds brought an early end to his rugby days, but he dusted himself down, went through a process of re-invention and came back in the shape of an airline pilot. A career spanning 20 years took him from low-cost aviation at easyJet to long haul Virgin Atlantic to low cost long haul at Emirates and ultimately becoming a commander on the world’s biggest commercial aircraft, the mighty A380.

Tony is a regular speaker on creating resilient cultures through resilient individuals and leaders across a range of sectors ranging from Financial and Legal Services, Olympic pathway athletes and the RNLI.

What inspires Tony and what he tries to inspire in others, is the life changing experiences of operating in high performing team environments where the balance is struck between capability and vulnerability. Surviving success as well as failure as a team, embracing and learning from them and in the process, getting stronger.

Tony brings an authenticity and humbleness to everything he does and lives by the mantra that “there is beauty in everyone. My job is to let them know that I see it and that they do too.”