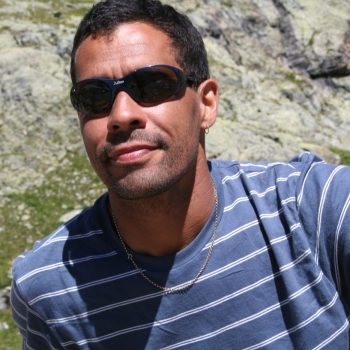 Steve Booker lives in South Wales with his wife and two sons. His passions include walking, skiing and to Jane’s concern, paragliding. He moved from the south east of England to South Wales in 1986 to work with 8 to 16-year-olds and soon discovered a talent for working with young people and adults in the great outdoors. In 1991 he subsequently set up an outdoor pursuit company teaching navigation, rock climbing and caving.

Recognising the power of the outdoors to facilitate and engender change in aspects of personal development. Steve Booker has extensive experience of course design and facilitation and is one of Mission’s specialist outdoor facilitators. Steve has worked extensively overseas in India and Africa. Where he regularly takes 6th form students from London to work alongside overseas communities. One of these expeditions saw his team build a primary school for The Maasai people living in the Kilimanjaro basin, Tanzania. He has worked on similar projects in Kenya, and in India – Rajasthan and Ladakh.

Steve is now absorbed in co founding a charity, which will expand on the work he has been involved in by including people of all ages and backgrounds. The charity’s aim is to help the participants develop by realising their potential, their impact and their value.

Built a primary school for The Maasai people living in the Kilimanjaro basin, Tanzania