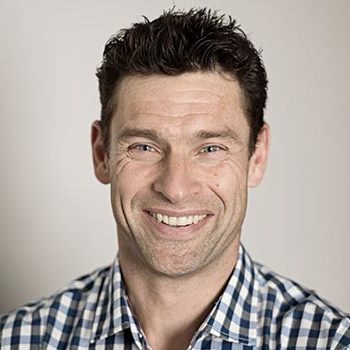 Ross is a seasoned facilitator and coach, working in commercial, not for profit, and government sectors. He is passionate about teams and leaders, and through his experience has developed his perspectives of leadership beyond competencies to view leadership as a way of thinking and being; truly generating leadership at all levels.

For Ross, leading and being a part of teams began with a love of sport and his formative years in the Royal Marine Commandos. Leaving as a Lieutenant Colonel after a dynamic and exciting 18 years, he adapted and developed his skills to meet the demands of a new role as director of operations for a vibrant, fast-moving global disaster relief charity. In more recent years Ross and his young family moved to Canada, giving him the opportunity to focus fully on leader and team development. This has seen engagements with many clients and organisations all over the world, across all sectors and levels, developing and coaching leaders and teams to increase efficiency, profitability and individual personal happiness.

Ross views leading and being part of a team as both an honour and a responsibility. However, it should not be onerous; we all seek to excel at what we enjoy and, although a serious business, leadership need not be somber or grave. The strength of the Royal Marines’ ethos is legendary with a philosophy closely aligned to Ross’ beliefs. The Commando Qualities of Courage, Determination, Unselfishness and Cheerfulness in the Face of Adversity have consistently proven their worth. Ross has seen them carry the day in some exceptionally demanding circumstances.

Moving from the Military to Not for Profit and Commercial Sectors has helped evolve Ross’ philosophy of Leadership and High Performing teams, and he is always open to new views and perspectives; committed to continuous learning.

Ross harbours an enduring passion for sport, exercise and the outdoors. These passions have shaped his life and continue to do so. Whether it is cross-country skiing through the beautiful winter forests of eastern Canada or kayaking the lakes and rivers in the summertime, being part of the outdoors is as important now as it was when Ross sought to join the Royal Marines; seeking adventure and a career that would keep him from feeling confined to an office.

Ross shares this love of the outdoors with his family. His wife and three young sons are accomplished skiers and snowboarders with a thirst for adventure. Living in Canada gives a lot of scope to be in the outdoors as a family!

Ross is a ShelterBox Response Team volunteer, a role that delivers vital aid to families made homeless by natural or man-made disasters all over the globe.

More recently Ross has qualified as a firefighter and is a volunteer member of his local fire department.

"I genuinely believe that as the pace of change, development of technologies and associated new ways of working impact the workplace, and the people in it, leadership and the collective sense of agency generated by a high performing team is the key differentiator for success."