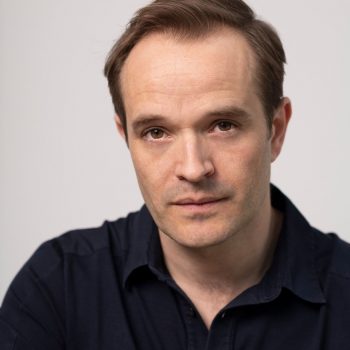 Ollie Dimsdale is a UK’s actor for stage, television and film including leading roles for the BBC, ITV and Sky, as well as stage plays at theatres such as The National Theatre and The Royal Shakespeare Company. He has been BAFTA-Nominated as a voice artist for Video Games.

Ollie Dimsdale is also an Artistic Director of the critically acclaimed Filter Theatre, a company he co-founded in 2001. Creating shows for the UK and international theatre markets, Filter’s work has taken Ollie from the UK to Europe, India, the USA and Australia.

An excellent communicator, he enjoys being a part of successful and productive teams and thrives in highly pressurised and challenging working environments. Drawing on twenty years of experience in performance and workshop-leading roles across the Globe, Ollie has extensive skills in motivating others to achieve their objectives.