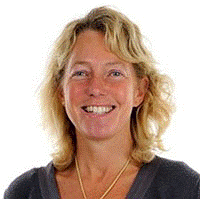 Kathie Knell served 20 years in the Military, leaving as a Lieutenant Colonel, with a wide-ranging portfolio including operational deployments in Bosnia with special forces, Northern Ireland, Jamaica, Belize and as the Training Development Advisor to HM Sultan of Brunei.  She was awarded an MBE for her work on operational training across Defence. She was the Army’s lead for Welfare and was a Trustee with Service Charities including BLESMA, The Soldiers’ Charity, AWA and for the Princes’ Charity Forum for HRHs Williams and Harry.

After leaving the Army in 2011, she was Head of Welfare for Help for Heroes (H4H), setting up support centres across the UK.  Wishing to continue as a Reservist, she specialised in Gender and Military Operations, developing gender training for African Forces under AMISOM, for UK personnel and was elected Deputy Chair for the NATO Committee on Gender Perspectives, liaising across NATO Countries and partners to forward the gender agenda.

Employed by the UK Government Stabilisation Unit, (the operational arm of the Foreign and Commonwealth Office (FCO)), she was involved in initiatives to ‘Prevent Sexual Violence in Conflict’ and as part of the Global Summit to End Sexual Violence in Conflict (London 2014); latterly being  selected as one of the FCO ‘Gender Team of Experts’.  She has deployed to deliver gender interventions and CSSF gender audits globally, recently returning from Sierra Leone, Kenya, Uganda and Ethiopia.

Kathie Knell is also an advisor and consultant for the Humanitarian Organisation, RedR, deploying in 2017/19 to Afghanistan, Sudan, Singapore, delivering X-Government training on CSSF and the Prosperity Fund.  As an associate consultant for Inspirational Development Group she has lead initiatives in ‘Empowering Female Talent’ and ‘Inclusive Leadership’ to maximise business potential.  She has 3 teenagers and a Pets as Therapy Dog and in her spare time she performs Appalachian tap dancing, at Festivals and is the Director of the Winchester Mayfest. A keen mountain marathon runner, she has just completed the Marathon Des Sables.