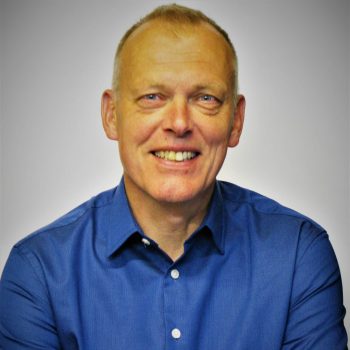 Since leaving the Marines in the early 90s and taking his MBA at London Business School, Gerry de Vries has become a specialist in turning businesses around. His particular expertise lies in improving performance through effective leadership and culture change. He has played a leading role, as Management Team member, Interim Manager and Consultant, in a number of strategic turnarounds and optimisation projects, across different industries. He has led over 35 teams globally and worked with leaders at all levels including Executive and Ministerial.

Whilst at Shell, he led an extended team of over 500 in the 2-year transformation of a 20,000 strong £3.5 Bn Oil & Gas provider. As part of the company-wide transformation of a Joint Venture partner in Africa, he delivered a Leadership Programme to over 400 senior managers, which consistently received outstanding feedback. In the late 90s, he worked for the BBC as a senior strategist.

Gerry de Vries has written training materials and lectured on a range of performance-related topics including ‘Leadership in Change’, ‘How to Change a Culture’, ‘Transformational Leadership Behaviours’, ‘Communicating with Front Line staff’, ‘Expectation Setting & Feedback’, ‘Improving Accountability & Compliance’, ‘Key Performance Indicators’ and ‘Change Management’. More recently he has been instrumental in the design of an Ethical Leadership framework and web-based App, Fit To Lead, which uses insights from Neuroscience to anchor behaviour change.

As a facilitator, he aims to challenge in a non-confrontational manner focusing on aspects of strategy and leadership that are ‘mission-critical’ in the given context.

For me, one of the best [senior management] conferences we have had and you achieved the aim for us

Apart from his MBA, Gerry holds a BA in International Relations. He passed out top of his year from the Naval Academy and received Commendations for outstanding operational performance from the Commandant General Royal Marines for service with 3 Commando Brigade and from the Commanding General Dutch Marines for his role as Head of Training.

He is fluent in English, Dutch and German and is conversant in French and Spanish. In 2011 Gerry resigned from Shell to pursue his interests in Corporate Turnarounds, Social Enterprise, and Leadership Development. He is a non-executive Director at a Building Conservation company and a Response Team member of Shelterbox, the international emergency disaster Relief Charity.