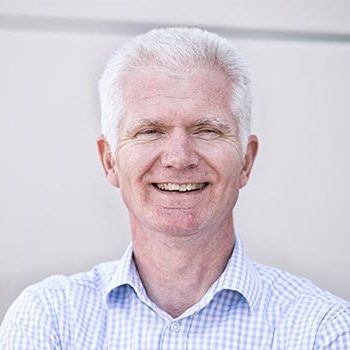 A former Royal Air Force Wing Commander and fast jet aviator, Don Evans has over 20 years’ experience leading a wide range of complex and demanding operations in hostile conditions within an international context.  He has deployed extensively to the middle-east, the Balkans, the United States and continental Europe in a variety of air and ground roles, completing appointments with the British Army, the United Nations and the United States Air Force. He was also a member of the Tornado GR1 display for the RAF in 1997, participating in over 90 air shows across the UK and Europe.  He was a qualified instructor on several aircraft types and was responsible for the training and standardisation of leadership at the RAF Officer Training College at Cranwell. Don is also a Civil Aviation Authority qualified Crew Resource Management Trainer with extensive experience in this area across several industries.

A keen sportsman, Don Evans also represented the RAF and Great Britain at Bobsleigh before common sense combined with a few injuries led to him hanging up his ice spikes.  During 9 years of competition, he competed for GB in international races as a 4 Man and 2 Man driver on over 30 occasions against the major Alpine nations.  Towards the end of his involvement in the sport, he coached the RAF team and assisted with the development of the national squad, helping to achieve a rigorous culture of individual and collective accountability consistent with his flying background into the squad.

Within industry, Don Evans has held senior positions in a multinational telecoms company.  He was responsible for the operational delivery of 1500 field engineers on a daily basis, as well as the education and training of several hundred apprentices. He implemented the honesty, rigour and accountability based upon the ‘Just Culture’ of military aviation across his 120 strong management team, which led to a step change in safety, efficiency, and employee engagement throughout his workforce.  Don has led the design and implementation of the Well Operations Crew Resource Management & Human Factors programme for Mission Performance.  He has worked with Schlumberger to introduce a series of training courses for Drillers, Engineers and Well Site leaders, delivering multiple courses within Europe and the middle east.

Mentoring and coaching people to achieve their full potential as leaders and team members in a dynamic environment is Don’s principal focus.  He believes that effective leadership begins with the behaviours, standards and values that you demonstrate to your immediate and wider team every day.  These qualities, added to a clear purpose, consistent mentoring and a determination to transform complexity into simplicity forms the basis for a high-performance environment.

Don is married to Elizabeth and they have 2 teenage sons, Tom and Alex.  The family home is in Lincolnshire, where they settled after travelling quite a bit when he was in the RAF.  Don’s hobbies are mostly outdoor type pursuits, with skiing, windsurfing, boarding and sailing when time and money permits!  Most of his spare time is currently devoted to supporting his sons’ activities, driving them to various matches and athletics meetings around the Midlands.  He is also Chairman of Newark Athletics Club and enjoys walking the family dog, Olly, in the countryside at the weekend.

Understand, mitigate and limit human error in operational and technical systems. Mission Performance will work with your organization’s leaders and teams in order to embed a safety critical culture into the very footprint of your operations in accordance with the following competencies and training objectives.