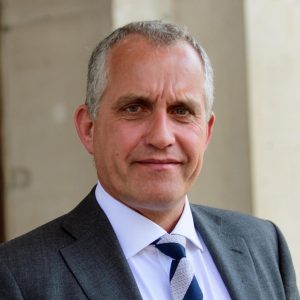 Joining the ranks of the Royal Marines in June 1979 aged 16, he had his first ‘contact’ on the Belize – Guatemalan border aged just 17 ½. Whilst serving in 42 Commando he was in the Falklands conflict in 1982, then 40 Commando where he served in Cyprus with the UN, South Armagh NI, Brunei and another tour of Belize, in dispersed with various exercises across the globe. He then went on to the Commando Training Centre Royal Marines, where he became a Royal Marines Physical Training Instructor (PTI) in 1988. Joining UK SF in 1991. He retired as a Major in August 2009 having spent 30 years in the military of which 20 years in UK Special Forces, during this time he was awarded the Queens Gallantry Medal (QGM), Queens Commendation for Valuable Service (QCVS).

Since then Dom has been working in East & Sub Saharan Africa (where he still resides with his family) it was whilst he was living in the region and over the course of a few years he found himself leading the hostage releases and recovery of Paul and Rachel Chandler, Judith Tebbutt and many others from Somalia, including two 13 year old twin girls (in Kenya), and a Lion cub!

When things seemed to getting quieter for Dom, the 21st Sept 2013 while he was at home with his family enjoying a relaxing Saturday morning, a group of heavily-armed terrorists entered the Westgate Shopping Mall in Nairobi, Kenya, and started to shoot on the public indiscriminately. Dom was contacted by a friend who asked him to go to the incident to try and locate his friend’s wife and daughter.
Armed only with a pistol, Dom managed to bring the two women to safety and rescue a large numbers of civilians still trapped under the terrorists gunshots. He kept rescuing people for several hours, entering the building patrolled by terrorists at least a dozen times. Although he was fired on twice, exhausted, dehydrated and at the limit of his mental capacity he was able to bring to safety as many civilians he could locate within the building. As recognition of his incredible courage for saving lives during the Westgate Shopping Mall terrorist attack, Dom was awarded the George cross and his profile added to the Civilian Gallantry list (June 2017).

First Civilian Recipient Of George Cross In More Than 40 Years

I have been named as a recipient of the George Cross in the Queen’s Birthday honours list. This is a tremendous honour that I would never have imagined would one day be bestowed upon me, and I feel more humbled than words can say.

I would like to dedicate this award to all victims of terrorism, and in particular those who were caught up in the Westgate Nairobi attack – a horrendous day that will stay with all of us present for the rest of our lives. I would like to pay special tribute to the many people of Kenya who rose to the challenge in so many different ways with quiet acts of decency, compassion and courage too numerous to count.  I would also like to thank the staff at the British High Commission in Nairobi for all they did throughout the incident and its painful aftermath. They displayed the highest degree of professionalism and dedication to duty, in the very best traditions of the diplomatic service.

In the past few months, we have seen terrorists trying to undermine democracy and attack the innocent on the streets of the United Kingdom and Kenya. The attacks have made it clearer than ever, that there are people living in our countries who are intent on causing as much grief and gratuitous destruction as possible, and who have no regard whatsoever for the sanctity of human life.

I would urge political leaders around the world to continue to work together to defeat terrorism.

It is a good moment to remember the words of Edmund Burke, who pointed out that “the only thing necessary for the triumph of evil is for good men to do nothing.” Let us give the police, security services and specialist military units the resources and legal framework they need to keep our societies safe and defend our democratic ideals.

The former US president Theodore Roosevelt gave the following speech in April, 1910, and I believe his words have never been more relevant than they are today. They are an inspiring reminder of an eternal truth: “There is a source of courage in every individual, and all of us, in our own unique ways, have a part to play in defending the values we hold dear”.

"Its not the critic who counts, nor the man who points out how the strong man stumbles or where the doer of deeds could have done better. The credit belongs to the man who is actually in the arena; whose face is marred by dust and sweat and blood. Who knows great enthusiasm, great devotion and the triumph of achievement. And who, at the worst, if he fails at least fails whilst daring greatly – so that his place shall never be with those odd and timid souls who know neither victory nor defeat. You’ve never lived until you’ve almost died. For those who have had to fight for it life has truly a flavour the protected shall never know."