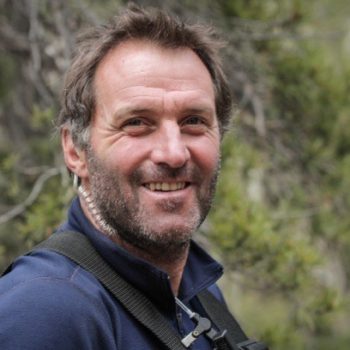 Dave Pearce spent 24 years as a British Commando, seeing operations across the globe and serving in many elite arms of the services, becoming adept in survival within all environments as well as an expert in mountain, arctic, jungle and desert warfare. Towards the end of his military career, Dave Pearce was Sergeant Major, to a squadron of Commandos, in Afghanistan, for 8 months in 2001/2 and he left in 2005 as a Warrant Officer. Dave Pearce received a military commendation.

Leadership, high performance in individuals and teams is key to achieving robust success and stretch targets. Something Dave Pearce is spirited about facilitating for others.

Dave embraces challenges and in 2003, he reached the summit of Mount Everest via the challenging and difficult North Face along with the expedition’s audacious rescue high on the mountain. Dave was awarded the BBC’s Outstanding Overseas Achievement Award. He returned to Everest again in 2006 and became a member of the first successful British ascent of Kangchenjunga, without oxygen, the world’s third highest mountain. Dave made an early British ascent of El Capitan, joined Bear Grylls as a team of 5, navigating a RIB through the North West Passage, spent three months exploring Greenland in period 1911 clothing and food. He has led and participated in many other extreme expeditions.

In 2005, Dave Pearce started working with Bear Grylls supporting him on all programming and wider challenges also leading production teams into dynamic and hostile environments, delivering safety, consultation and stunt coordination as well as being a member of the creative production team. Dave was instrumental in setting up the Bear Grylls Survival Academy and have worked alongside many high profile figures including President Obama and his secret service agents.

Dave continues to mountaineer, sea paddle, ski and challenge himself in all manner of activities. His mantra is “Come back alive, come back friends and come back successful” In that order!

Dave is a published author and a volunteer for the Sidmouth lifeboat team. He has been married for 26 years and has three daughters – probably his biggest challenge to date!

"Never get Complacent In my life as a serving soldier, adventurer and leading teams into and out of dynamic and hostile environments, these words rarely leave my thoughts!"